Iveco Daily often have the immobiliser system go down with little or no warning resulting in no start or intermittent start & a code  / key icon warning lamp flashing in the dash.. .Vantuner can  delete  / bypass the factory immobiliser completely by simply reprogramming the engine ECU at a fraction of the cost of any alternative.. Models covered all & any 2.8/2.3/3.0 Diesel up to about 2016.

When the immobiliser is working OK, the code lamp, with its key icon, will light for 3 seconds then go off. You will hear the fuel primer  / lift pump for 4 -10 seconds each time you turn the ignition on. Checking there is voltage to the primer/lift pump is a good idea to help establish the actual fault, particularly if you have more than just the immo light flashing. Its located on the passenger side chassis leg.( RHD van’s) on Euro 3 van’s & inside the fuel tank on later van’s. There is a fuse & a relay that feeds this pump:

On euro 3 , up to 2006 ish, rectangle headlamps versions, right hand drive ,  the fuse relay board is in the passenger side dash , behind a pull off panel. The pump relay #25837 is at the bottom of the fuse board. From the fuses go towards  the steering wheel & its the 3rd relay along the bottom, called fuse 47 on the factory diagram
With an active & working (or fully disabled immobiliser), assuming ECU & wiring are okay, the pump will run until for a few seconds each time ignition is turned on, until enough pressure is created. Power the pump with 12v, check power to fuse & correct relay function, also , if its getting 12v but not working , if you give it a couple of taps it may work. There is a bleed valve on the filter head in the engine bay you can open to clear trapped air. 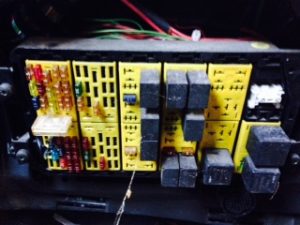 The pump’s fuse is number 47 & has  rating of 10A. Along the bottom of the fuse board, the bottom row it is the 4th fuse from left .

To work on the immobiliser the engine ECU must be removed & posted in, ( less any brackets to save postage )  once you get it back , disconnect the immobiliser box (pre ’07’s MK3’s)  , re-install the engine ECU & you’re good to go. The immobiliser’s / key  code lmap in the dash should now be off ( if Euro 2 or 3 type ) & the van will start. On Euro 4 2007 onwards models   the immo lamp will be lit permanently.  Usual turnaround is 1 to 2 days or you can book in for it to be done while you wait if you bring it here by car etc.

There is a small filter positioned just after the lift pump, rarely blocked but worth ruling  out.

A common failure on no start iveco daily is an  earth problem & also power to ECU problem. Check or redo engine to chassis earth & check you have 12v feed to the engine ECU. With the protective cap removed from the larger of the 2 ECU connector plugs you will see larger pins on one side of the ECU , pin 1 is +12v & pin 2 & 3 are Ground. There are others but start with those.  The 12v feed  issue is usually a faulty relay or no power to the relay’s smaller 2 contacts, this ECU main power relay is activated by power from the instruments pod / speedo binnacle, so a faulty instrument panel can cause no power to this relay, & therefore no power to the ECU at pin 1. Looking at the fuse board picture above, the ECU relay is the one on the far right, on the bottom row. There’s an alternative fuse board also, which looks slightly different, not having the extension board on the right. See wiring guides linked to below. Often with an ECU power problem, the dash looks like a christmas tree as in many lamps lit not just immo lamp or lights can work intermittently. See this pic for main power & ground connectors, you’ll need to check the corresponding connectors on the ECU loom plug. 1st picture is the ECU’s for about 2003-2009 van’s  & the 2nd pic is the 2001 to 2003 early bigger type. 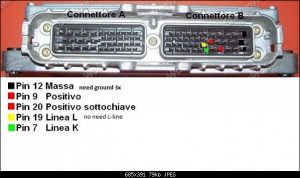 No power to the solenoid on the high pressure pump can be fuse 52 ( up to 2006 Euro 3 ) Fuse 52 is erroneously described as 4×4 Transfer on the Iveco fuse layout guide. One customer reported replacing fuse F16 in engine bay described as : “Fuse 16, 5 amp, T02 T14, Additional Heater ” got his van 2007 Euro 4 Daily going again. Its a probably one of the power feeds to the engine ECU.

They dont have an engine ECU ( in most cases) but do have an immobilser . You need to rewire the stop solenoid on the injection pump to defeat the immobiliser. It’s straightforward apparently & can be made to be ON/OFF via the ignition switch quite easily..

The ECU on RHD vehicles , is located under bonnet, on the right hand side , further right than the battery so remove the battery to get access,  & remove any bracketry prior to posting. Its easy to short connections on these van’s so one tip is to remove the positive terminal cable from the battery & put it straight into to a glove or 2 then stuff it out of the way.

Over on Iveco Forums there are various guides covering the basics

The postal remaps page here has details of where to send & how to pay etc, & although you can drop it in by appointment if you prefer, don’t be shy about posting it, the units are shockproof & I’ve never lost one in 11 years of doing this via Royal Mail Special Delivery  – You can just use a size H Jiffy bag on all but the earliest type in the 1st picture  & a small section of cardboard to protect the connector end.

You’ll find your engine ECU is made by Bosch & has one of the following part numbers  : 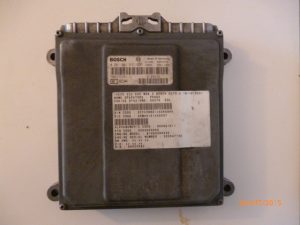 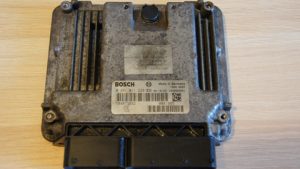 Below is the immobiliser box you have to permanently disconnect if your van is a Euro 2 or 3 , (produced from roughly 2001-2006)., The box, if fitted, is located just forward or right of the steering column , under the dash, Its tricky to see & even harder to remove but you can unplug its two plugs  in situ or undo the 2 Torx bolts holding it in & you ‘ll then find unplugging much easier. Locate the immo box by tracing the wiring down from the receiver ring that surrounds the ignition barrel or remove the speaker & put your paw in & turn left a little  & you can feel the box & it’s connectors. 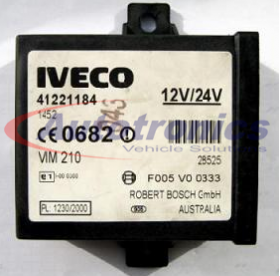 This is a picture of the ignition & key, receiver ring that picks up a signal from the key, & wiring to the immobiliser box, to give an idea of the offending systems components size & look. 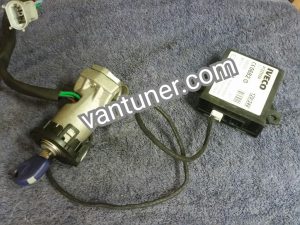 Whilst the ECU is here , speed limiter removal or tuning for economy  / power , torque can also be carried out.

The issue was resolved by removing the immobiliser and rewiring the stop solenoid.

I will put together some info but in case you get any other enquiries, a couple of quick points.

Removing the immobiliser is really easy with a Dremel tool, cutting disks and grinding head. Took only a few minutes.

The original power to the immobiliser can be utilised to provide power for the stop solenoid without adding a new switch/wire, and continues to work from the ignition.

Just an update on my van having now driven some of my usual routes.  Feel free to publish this on your website if you’d like.
My 2005 Iveco Daily 35s12 does a lot of fully laden towing with a box trailer, weighing in at over 6000kg.
As a standard 2.3l engine with 116bhp it would struggle on hills, and cruising at 56mph would normally need 4th as i could not maintain speed on any hint of an incline or headwind in top.
After your postal remap the van is transformed, it comfortably holds 5th with power in reserve, Falmer Hill on the A27 nr Brighton can be topped in 4th at over 50mph (previously with a run up and changing down to 3rd we would struggle to maintain 40mph) and Handcross Hill on the A23 maintaining 56mph in 4th. And yes, this is whilst towing the fully laden box trailer.
And its silly quick when driven solo!  I can’t remember how much extra torque you dialed in but feel free to add it.
Thanks very much Martyn, a happy customer 🙂 ( Olly, Chief of UK’s only Iveco Forum)